My Daughter, My Inspiration 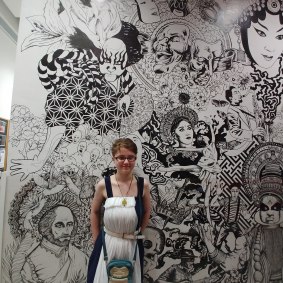 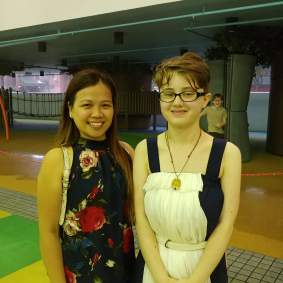 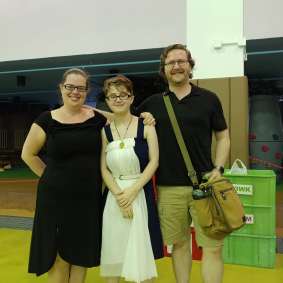 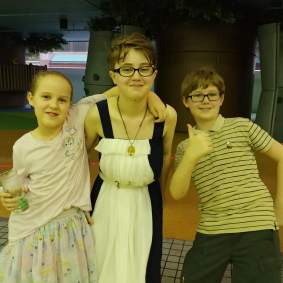 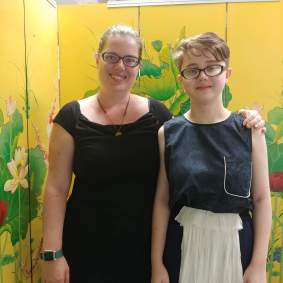 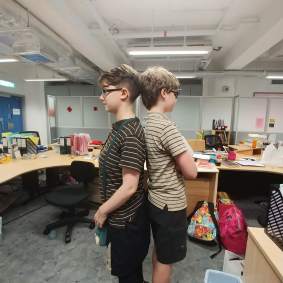 My daughter inspires me.  I know it sounds cheesy, but she does.  As I sat watching her last night at the graduation, I couldn’t help but to be in awe of her perseverance, of her determination, her fearlessness (except socially, Ha!), just her.

Despite her struggles and difficulties as a result of having Autism (or Aspergers as she prefers), she just keeps going.  She is a singer, a performer, an artist, a writer.  She pushes herself past her limit in an effort to do better.

She performs.  So.  Beautifully. She can sing.  She puts her heart and soul into her acting.  She holds herself to a higher standard than what she would ever expect from anyone else.

She is creative. She is a writer and artist.  She is constantly working on one or the other.  Always.  She is passionate about her arts.

She is so accepting. She doesn’t judge people.  She sees them as just people.  She accepts people as they are.

She is so gorgeous, inside and out.  She doesn’t have a mean bone in her body.  She doesn’t know how to gossip or talk badly about others.

My daughter is one of the best people I know.  I am honored to be her mother and know that I raised her to be such a standup person.