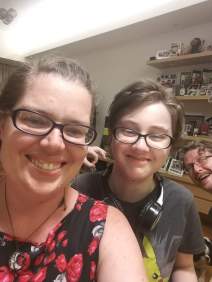 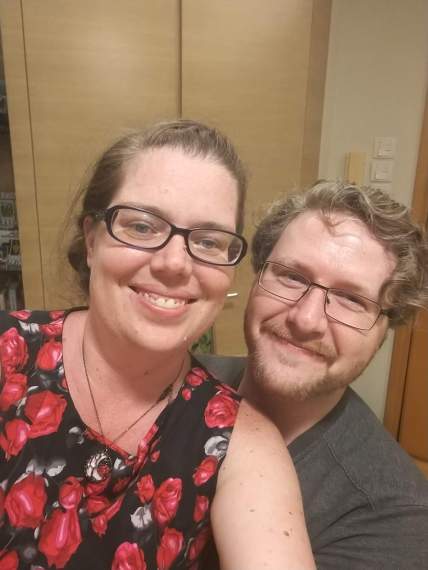 I don’t like people making a big deal out of me.  I really don’t. My first year here no one knew it was my birthday until I was leaving for the day.  I only said anything because my dog was on her way out to Hong Kong to be with us.

This year though, I had thought it would be fun to have a joint party with my friend here since she turned 50 in October, but things happened, and that didn’t happen.  I think I am sort of glad.  She is a much bigger personality that I am.  She has so many more people that would be there for her.  It would have been a stark reminder how alone we are here.. Granted, my friend has been here for a couple of decades, so that does change things a bit.

I ended up having to go to our headquarters towards the middle of the school day.  That landed me on the island at Tai Koo for a few hours.  Love was in Clear Water Bay at the time for his work.  So I worked on the task I had with the group I was with (though to be perfectly honest, I was completely lost).

When we finished up our task, I left the building to see where Love was.  In route to the train station and then to Love (since he was in Tai Koo where I was for some reason) I received a phone call from Monster’s teacher.  There had been some questioning over some things she was saying at school.  Her teacher is wonderful and perfect and lovely, so she handled it all like a rockstar.  But while talking with her, I ended up walking the complete opposite direction from Love.  Ugh.  So after completing that call and turning around, I found Love not far from where I had been all afternoon.  We wandered around Tai Koo and Quarry Bay for a bit before heading home.  Any time I can spend with Love is good time to me.

We returned to our train station at Hang Hau and grabbed a cake.  There was a cake flavor I had wanted to try (lavender and vanilla), but the shop that had them was gone.

That’s something about Hong Kong, shops are forever changing and moving and leaving and coming.  Always.

We got home and had dinner with the kids and H.  After dinner, we had cake.  I ended up getting a crepe cake from the Japanese bakery in the mall. 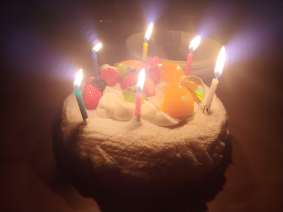 It was very good.  It was also super sweet.  It was different from any of the other cakes we had gotten so far for the various birthdays.

Love had gotten me a printer for photos for my birthday.  It was such a wonderful gift.  It didn’t have paper or ink, but it will be so cool once we have everything.  I will be able to print larger photos from my cell with this one.

I have come to hate my birthdays now being away from my family.  I miss my family and our traditions surrounding birthdays.  I miss the dinners and the cakes.  I am torn at this because I don’t want to go back.  Things would never be the way they were before.  Too many things said that can’t be unsaid.  So much anger….  I struggle at times because there is so much negativity surrounding this choice.  There is very little understanding or pride expressed regarding our ability to do what we did.  I think because of the closeness to my family and the betrayal I feel from this lends to my intense hatred of my birthday.  Maybe.

But I do miss the way things were.  I suppose that is quite normal though.  Who knows at this point.