Christmas Eve On the Other Side of the World 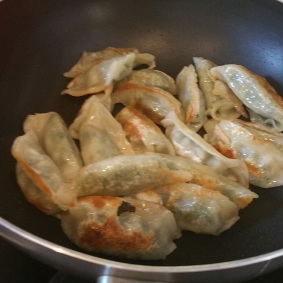 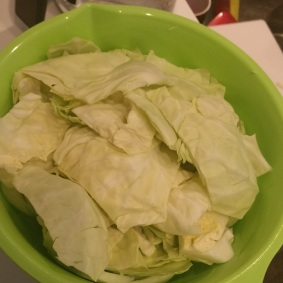 We were able to get a turkey from the market downstairs.  We did have concerns about whether the turkey was going to fit in the oven or not.  It is strange to have such a small oven after having a proper oven for so long.  We tried to make some of the normal things for dinner.  Turkey and mashed potatoes and gravy.  Oh and deviled eggs.  Mmmmm……  We, of course, had to have cheese and crackers.  We had cranberry sauce with blueberries and apples and added in an Asian twist with the gyoza.

This is the first time I’ve ever made a turkey.  To be fair, it was already seasoned.  All we had to do was put it in the oven and make sure it was cooked through.

I was able to have my parents and brother on the video chat for much of the cooking just talking to them.  It was nice to have them there at least in that way.

Love and I had a crash course in carving a turkey.  It was sort of comical.  I doubt we got the most out of that turkey.

We had a pretty nice spread for our first Christmas on our own.  It felt good to do it on my own and actually succeed at creating a good meal for my husband and kids.  Love was really great and helped.  Even though our kitchen was so small, it was so great to be able to work along side Love to give our kids the best dinner we could.  We played Christmas music streaming from a station from back home. 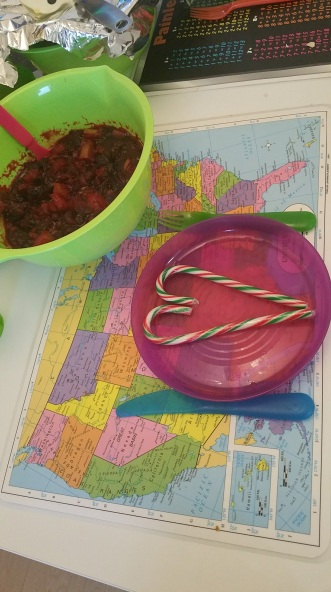 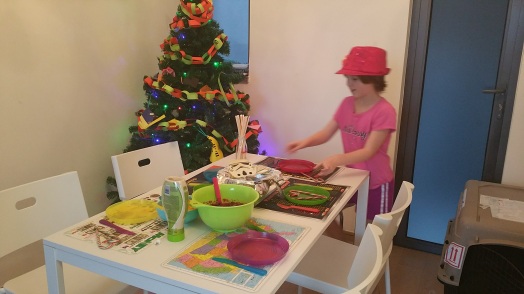 Monster was so excited and so helpful.  She is always trying to help in the kitchen.  Her favorite perch is on the counter watching what I am doing.  She always wants to make something in the kitchen.  For this, since Love and I were both in the kitchen, she was helping to set the table.  She was even creative and put the candy canes on the table.

I think that Love and I did a great job on dinner.  My favorite, I think, would have been the cranberry sauce.  I am definitely going to have to make that again.

I know we were far from family and friends for Christmas.  I know it was hard for the kids to be so far from everyone.  I think we did well though.  We have each other.  That was the best.  I feel like we are closer now because we only really have each other here.  I hope that next year we are able to go home for the holidays, but I feel like we did well this year given all we have endured so far.