Not What I Was Expecting

Not What I Was Expecting

I knew Monster had learning difficulties.  I spent half of last year (well, more) fighting my own school district to do something about it.  I had tried to get somewhere before, but I was told to wait and see if she caught up.  To me, that was asinine.  Why not provide her with the help she needed, so she wouldn’t keep falling behind.  They didn’t see it that way.   They were waiting until some magic number of deficiency before they would act.  One grade level behind, two grade levels behind.  Maybe they wanted to wait until it was three.  The way I see it, it would have been services to bridge her gaps and then yank her out.  I didn’t push it too hard though because I didn’t approve of the services that would have been provided.  Last year was different though because a change in staff.  When I tried to request services, I was denied.  I was told it was because of homework.  I needed to be better about homework.  We could wait until next year to see if it helped, but yeah, basically my fault.

I am not going to lie, I wasn’t super on top of homework by Thursdays because our after schools consisted of homework club (most days).  Then home to complete homework.  It was a constant struggle through tears and anger to get her to do her homework.  We would go through this battle until bedtime when I would have to send her to bed.  Her only break being dinner.  By Thursday, I noped out of that and just let her play.  If we got anything done, great.  If not, oh well.
So here we are.  I did tell the school that she would most likely have needs.  To me, it would have been just minimal, but she would have definitely needed something.  Yeah, not what happened.
I met with the special needs people whom I work with.  We sat down, and I expected it to be more of a formality.  The head of the department started out with positive stuff.  She spoke of all the wonderful parts of Monster.  I took a deep breath and said but….  HOD paused. “But”, she said, “Monster is very low.”  After that, it was about her admissions tests and her writing samples and her social skills and just every possible thing.  Even motor skills.
Monster, they said, was exhibiting signs of ASD as well as ADHD.  They were worried about her ability to connect with her peers.
I sat there, stunned.  Completely stunned.  I didn’t expect it at all. I think I hit a sort of information overload when they started talking about the possibility of her needing to attend a different school that could better suit her needs.  The schools I wouldn’t have access to because I work at a school that is considered part of the company, but at the same time, it was outside the company.  Because of that, I would be put on a waiting list for a school and probably not ever get her placed there.  I started to cry.  Not my most professional moment, at all.  I am not a cryer either normally.  So I sat there crying in front of my two bosses.  Ugh….. 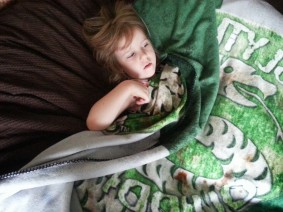 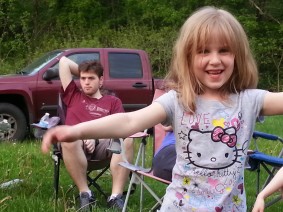 Long story long, Monster is now receiving interventions for her difficulties.  They are going to see if she is, in fact, dyslexic as well as looking for dyspraxia.  She is receiving a great deal of support.  Far past anything she would have received at Rural School District.  I questioned (unfortunately out loud) if moving here was the right move for Monster.  The HOD assured me we were in the exactly the right place because she was being taken care of.  Once I could think again, I realize she is completely right.  While it will be a struggle, this is the best place for her.  The absolute best place would be near family and receiving the services, but that wasn’t an option.
So one of our first speed bumps in all of this.  I knew there would be some.  I’m sure there will be many more.